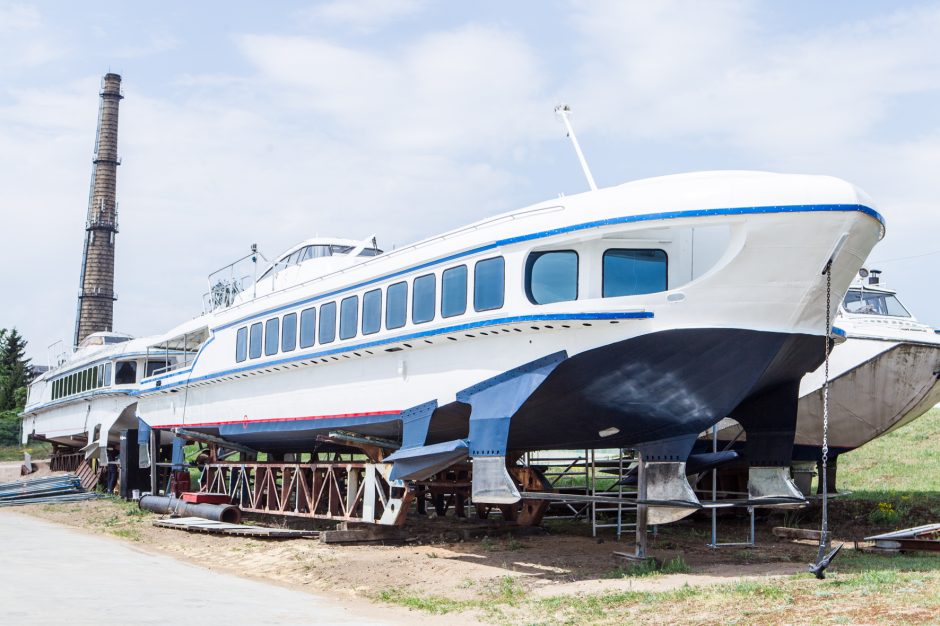 On Thursday (May 23, 2019), the legendary “Rocket” ship will be launched. It will regularly transport holidaymakers from Kaunas to Nida and back. The reconstructed ship can accommodate 58 passengers. The first voyage is scheduled for June 6, but the exact date will only be confirmed after it is launched.

240 km of the Nemunas through the Curonian Lagoon to Nida will be covered in four hours. The sail is about 60 km / h. speed. “It is exactly the same ship that has been sailing to Nida since 1963. He is in a wonderfully good condition, considering that he has been standing for the last seven years, no one has not sailed on it, ”said Nerijus Šilgalis, President of the Public Institution Vandens kelias.

Not only that, the captains of the ship are the captain of the fifth category, Danius Druskis and Sigitas Gedminas. “They know this route and this ship as their five fingers,” said N. Šilgalis.

The task is to find the old captains, because specific knowledge is required to operate this ship. During the reconstruction, the hull was renewed. “It’s made of a special material that isn’t welded, and can only be riveted, like in aviation. We replaced all the assemblies that had just started to corrode. The interior was perfectly restored by the former owners, ”said N.Šilgalis.

For the convenience of passengers, electrical sockets and USB connections are installed at the tables. There is a bar serving food and drinks. The six-seater tables will seat 48 people, and another 10 will be able to enjoy the view through the windshield in the chairs in the first and second rows without tables. During the swim it will be possible not only to be under the roof, but also to go outside. There is extra seating.

While waiting for the launching ceremony of the ship, the last necessary works were rushed to be completed: the ship was finished painting, the electrical installation was completed, the audio system was updated, and the engine was inspected. In Kaunas, passengers will be picked up at the port near Combo and discharged in the old port of Nida.

Please note that this website uses cookies. By continuing to browse this site, you agree to their use.I AGREE